A recent negative editorial and analysis in the New England Journal of Medicine based upon the Thrive Study regarding niacin generated a lot of media attention and concern amongst our patients. The various media outlets have stated that niacin serves no purpose and is potentially damaging. Hmmm? Let’s look a little further.

The Real Story on Niacin

Since the 1950s niacin (vitamin B3) has been shown to be effective in lowering blood cholesterol levels. In the 1970s the famed Coronary Drug Project demonstrated that niacin was the only cholesterol-lowering agent to actually reduce overall mortality. Niacin typically lowers LDL levels by 16–23% while raising HDL levels by 20–33%. These effects, especially the effect on HDL, compare quitewell with conventional cholesterol-lowering drugs (i.e., statin drugs like Crestor, Lipitor, Zocor, etc.) without the common side effects of these medications.

Niacin has also been shown to lower the more harmful Lp(a) lipoprotein, triglycerides, and lower markers of inflammation such as CRP and fibrinogen.

Actual Data from the THRIVE study

In the actual THRIVE study, over 25,000 patients at high risk for a heart attack who were taking either simvastatin or simvastatin/ (Vytorin) were randomized to take on top of these drugs either a placebo or Tredaptive – a drug produced by Merck containing niacin and an “anti-flushing agent” known as laropiprant. As expected, niacin caused average reductions in LDL of 10 mg/dl and triglycerides of 33 mg/dl while increasing HDL by 6 mg/dl, but provided no additional benefit over the statin alone in reducing the rate of heart attacks or other vascular events.

In the Tredaptive group, patients experienced a high rate serious adverse events, i.e., every 3 out of 100 niacin-treated patients suffered from increased bleeding, infections, new onset diabetes, or other serious side effect. However, since these side effects had not been seen in other niacin+statin trials, it is extremely likely the side effects were due to the anti-flushing agent. Consistent with other combination trials, the use of niacin with a statin increased the likelihood of muscle damage caused by the statin.

This trial made absolutely no sense to conduct as the average LDL in the group was only 63 mg/dl – well below the recommended level of less than 100 mg/dl for this patient population. Even in high risk individuals it would be highly unlikely that further reduction of LDL would show any significant impact on reducing cardiovascular mortality.

So they added niacin and laropiprant to patients and who had already had well-controlled LDL levels by a statin. The patients who did not need any further treatment in the first place were taking TWO other drugs besides the niacin and yet the niacin was blamed for the increase in side effects! One of the side effects was an increase in diabetes. It has already been documented that statin drugs cause an increase in diabetes. Does anyone know that? No. Because those studies and many others documenting serious side effects with statin drugs are not broadcast 24/7 , if at all.

The bottom line: Niacin has a long and proven history of efficacy and safety. The answers that this study have answered is that niacin should NOT be used with a synthetic anti-flushing agent and it does not appear to offer any benefit to people being treated with statins who have achieved extremely low levels of LDL cholesterol on the statin.

Please share this widely with your friends and family! 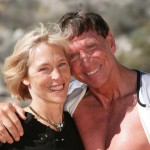 Enjoy a Copy of our Free Healthy Hormone Guide

Sign up to receive our latest tips and receive a free gift.

Enjoy a Copy of our Free Healthy Hormone Guide

Sign up to receive our latest tips and receive a free gift.